The Squishy Third: Comments on My Writing Style

On the Telegram comment thread of Tommy Robinson’s post of my piece Generation “C” several commenters gave negative – but useful – feedback.  Some I’ll accept and weigh as I move forward.  I definitely concur with some of the sentiment to the effect that my message should be on the content and subsequent provoking thought, not on me, and I had not realized the extent to which I may have been self-aggrandizing.  So thank you for that feedback.  However, I will note that I will continue to link to other pieces I’ve done, because I’ve written a lot, in addition to other linkage to things that support my argumentation.

THE POWER OF STORIES

One of the comments in particular noted how much of that essay, let alone – obviously – my two Thought Splinters pieces (Part 1, Part 2) are very much my own experiences, as are many of my essays.  There’s a mad method to this.  Please bear with me.

Consider why infanticide is rebranded as “women’s health” or “reproductive rights” or some such.  Population disarmament as “common sense gun control”.  Censorship as “stopping misinformation”.  They’re very good at couching their pushes as good and noble endeavors.  They’re also masters of the eating-an-elephant technique, i.e., one bite at a time.  They’re patient, systematic, and relentless.

More broadly, look at how they always focus on individual stories.  This woman was denied care because of the eeeeeevil Conservatives who fought nationalized healthcare.  That man’s kid had to go hungry because eeeeeevil Conservatives contested the ever-increasing welfare spending.  And looking at America’s southern border, for example, it’s never about invasion or national security but always dismissed as “they just want a better life”.  Watch their language; the words matter – they are chosen to elicit an emotional response and to do so – repeating – based on individual anecdotes.

This is why myths and archetypal stories (great video series, IMHO worth the investment, or search for the book) resonate so much within so many.  We seek to have the Human Element connection with what we hear.  Dry facts and logic may be more correct, but… 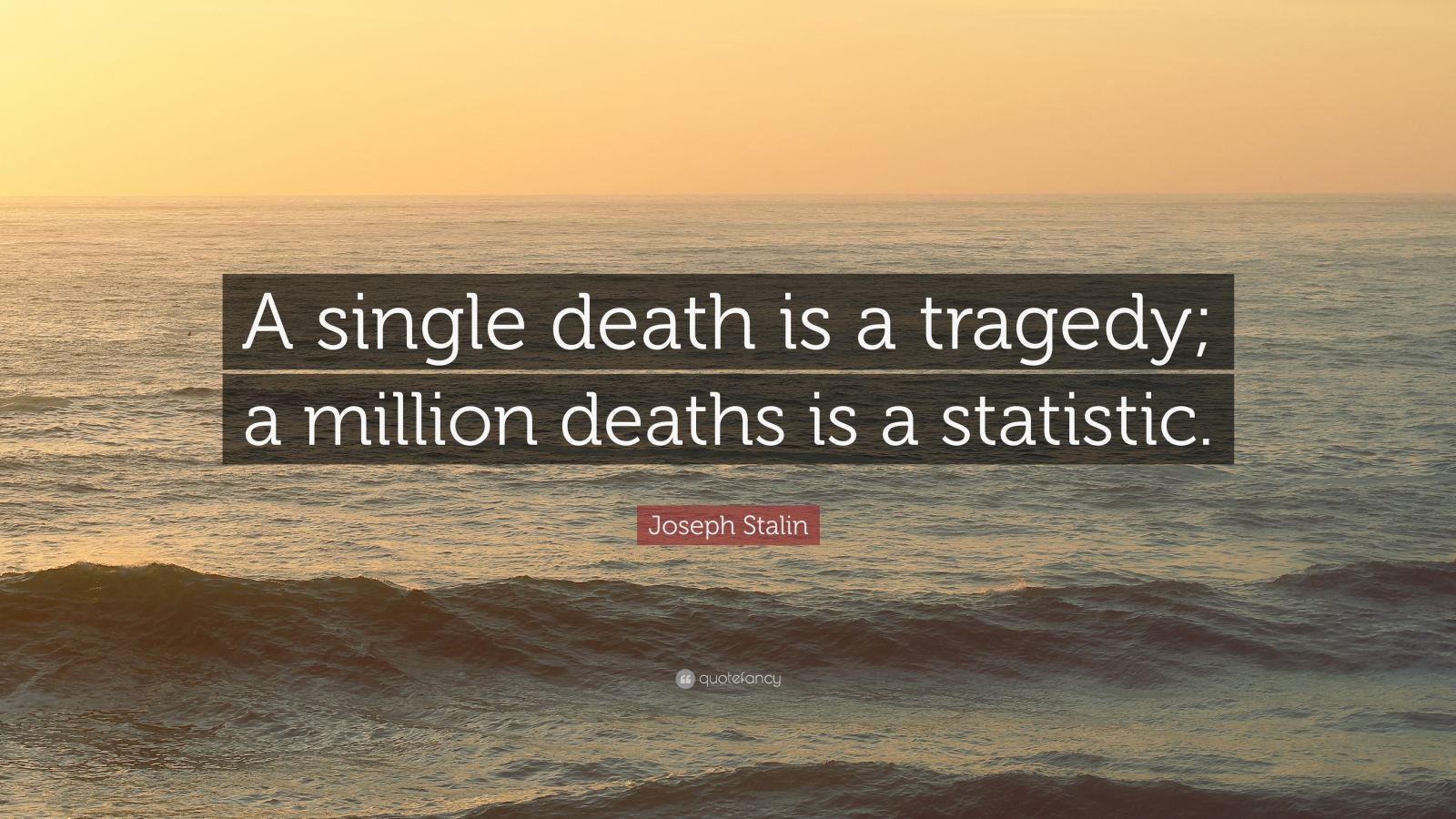 Dry facts don’t move many people, neither do endless recitations of statistics.  Numbers don’t uplift or frighten.  Stories, linked to the experiences, struggles, and suffering of real persons, do move people.  Even if totally fake.  Consider this picture of a “poor innocent child being cruelly treated by an Israeli soldier”:

Horrific, isn’t it?  Every time I see it posted the comments are legion about hating those vile Israelis.  Now pull back:

Is the crowd angry at this vicious treatment of a kid?  One guy, on the right, is videoing it while two people seem to saunter through the scene casually.  It’s a street play.  For more on Pallywood specifically, see here and here (second is a video, 17:59).

Remember: Once you grab a person emotionally, whether through a positive or negative emotion, facts don’t matter – especially when you have convinced people emotionally that, by signing onto what you want them to believe, they are a good & superior person for believing it.  This is why the whole Covidian religion came to be: convince people to take an experimental medication and then brag – Vanity, remember – that they’re “doing their part to help others”:

This whole thing of weaponized empathy was magnificently engineered to create mass compliance with the Jab campaign.

Likewise, symbols that focus attention on something bigger than oneself also grab.  I firmly believe that humans are hardwired by Hashem to believe in something greater than ourselves.  And that absent a faith in a deity, why so many then seek other things to believe in, whether witchcraft, or Socialism, etc.  (Consider this new type of brain cell, to the best of my reading unique to humans… image from here)

There are three populations within any nation, politically, for any partisan divide topic you choose.  One, your side.  Two, their side.  And three, the “squishy middle” – people on-the-fence, the Independents, the undecideds, you name it.  But these are people who may have an opinion but are persuadable.  Depending on which political *cough* scholar to whom you listen, it’s somewhere between 20-40 percent, so I’ll settle for one third.

WHAT’S THE POINT OF THE EXERCISE?

One of my favorite graduate school teachers used to ask this question a lot.  It applies to my method of writing.  What’s the point?  To preach to the choir, or to persuade those in that middle ground group to consider that they might be wrong and – thus – to switch sides.

As background, this article, certainly, is useful as are many articles and books on persuasion.  Books on salesmanship are also useful.  The resource list is truly extensive if one wishes to delve into it. 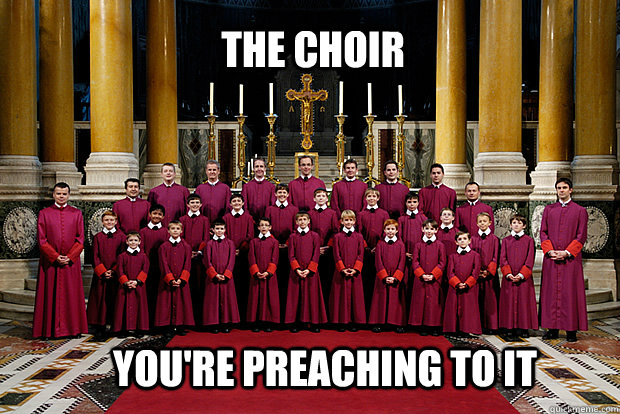 Am I preaching to the choir?  To a large extent, yes – I suspect most readers here would mostly agree with the facts and argumentation I present, even if they might disagree with how I present them.  So, my writing methodology has several parallel intents.

First, for those on my side already, hopefully providing additional facts and resources as well as rhetorical methods & arguments they might not have known or thought of on their own.  In this fight, we rise and fall together – and we must help each other.

Second, for those in the middle, at best to show them there is a cogent argument – an argument that first hooks them by emotion and stories and links to the Human Element – and slips in Thought Splinters for them to consider – often wrapped in humor.

Third, at the least, to weaken the resolve of those who remain on the other side as – having introduced ideas and emotions and facts that should ideally gnaw at their convictions – thus reducing their effectiveness as advocates / fighters for those opposed to us.

I hope this post sets things straight as to why I write the way I write.  But, summing up, I will definitely look to not self-aggrandize unless there’s a very specific point I’m trying to make while doing so.

Disagree?  Comment.  And if you really disagree with my approach, contact the admin to write for Tommy yourself.  Just don’t expect me to surrender my right to disagree.

“It is not the critic who counts: not the man who points out how the strong man stumbles or where the doer of deeds could have done better. The credit belongs to the man who is actually in the arena, whose face is marred by dust and sweat and blood, who strives valiantly, who errs and comes up short again and again, because there is no effort without error or shortcoming, but who knows the great enthusiasms, the great devotions, who spends himself in a worthy cause; who, at the best, knows, in the end, the triumph of high achievement, and who, at the worst, if he fails, at least he fails while daring greatly, so that his place shall never be with those cold and timid souls who knew neither victory nor defeat.”

Previous articleThe EU – The War MUST Go On!!!!
Next articleImmigration And The Sligo Murders